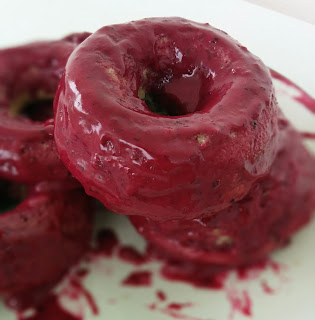 On Friday I listened to Eddie and imagined eating some donuts. On Saturday I experienced half of one of Lolly's finest government conspiracies (the other half played out while I was sleeping). Those two nights merged into one crazy ass Saturday night couch dream.

I don't want to bore you with entire storyline, so let me just summarize by saying Eddie Vedder joins forces with Michael Vale to figure out why aquafaba isn't more well known. At the end of the dream Vale and Vedder (or VV) are on stage bringing aquafaba's magic to the masses through a hit pop song they call "Aqua Faba." The lyrics went like this:

Aquafaba spread out before me as her body once did.
All five metal whisks revolved around the bowl as the earth to the sun
Now the air I tasted and breathed has sweetened a bit
Ooh, and all she taught me was everything
Ooh, I know she gave me vegan donuts

As soon as I awoke on Sunday I set to work mimicking A Saucy Kitchen's aquafaba donut masterpieces. I didn't have the gluten free flours to mess around with so I did mine gluten full. For the original, gluten free version, go here. Here's how mine happened:

For the Glaze:
-1/2 cup blueberries fresh or frozen
-juice of one lime
-1 cup powdered sugar

2. In a medium sized bowl add you flour, baking powder, sugar, cinnamon, nutmeg, and salt. Whisk everything together until it is well mixed. Set aside.

3. In the bowl of your stand mixer, pour your aquafaba and beat on high for 2 minutes. You want the aquafaba to be frothy and its color should now be white. Add the milk and coconut oil to the stand mixer bowl as well. Beat for an additional minute on high.

4. Pour the aquafaba mixture into your bowl of dry ingredients. Stir a few times. Pour this mixture back into the bowl of your stand mixer and mix on low speed until you have a batter.

5. Spoon your batter into a ziplock bag. Cut off the corner. Squeeze it into your donut moulds. Bake for 15-18 minutes or until the donuts are cooked through.

6. Allow the donuts to cool. While they are cooling, make the glaze.

7. Microwave the blueberries for two minutes. Pour the heated berries into a food processor and process until they are smooth. Squeeze in the lime juice and pour in the powdered sugar. Continue mixing with the processor until there are no lumps. Spoon the glaze over the cooled donuts. Eat them!

Listen to these donuts here.
Posted by Unknown at 11:59 AM
Email ThisBlogThis!Share to TwitterShare to FacebookShare to Pinterest
Labels: blog lust, breakfast, cook, dessert, fruit, vegan