Food Flavored Song of the Day: Caffeine on an Empty Stomach by Tattoo Money 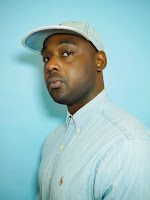 Current Initiatives held their Christmas in July event at Hidden Springs Ale House last night. I took Z-Bot and a box of Legos, thinking it would be a good time to teach her about the importance of caring for other people. Once we were at the bar I decided I didn't want to be that lame guy that just downs water, so I looked for something non-alcoholic on tap. The only thing they had was Commune and Co.'s Nitro Brewed Coffee. Even though I had already had coffee in the morning and hadn't eaten much during the day, I ordered one anyway. I knew I was going to die. I texted as much to J-Fur. The drive home from the bar was one of the roughest I've had. I alternated between thinking I was going to puke and feeling like I was having a heart attack. When I did finally make it home, sleep was not in the cards. Weird dreams kept me up half the night, cold sweats kept me up the other half.

When I left the bed this morning my first thought was I know exactly what Tattoo Money means when he says "Caffeine on an Empty Stomach." Based on the video and the rest of the lyrics, I don't think Tattoo Money is talking about drinking too much coffee at the bar. The video depicts everyone's desire to put Tattoo Money in a box. He is an African-American that plays guitar and owns records by Avenged Sevenfold, Arctic Monkeys and Cold War Kids. The white guys in the video want to deck him out in gold chains, Jordans and have him shot baskets. The African-Americans in the video want him to choose between Elvis and Notorious B.I.G, the white girl pop star or the African-American one and take a swig of Hennessy. There is, however, a happy ending. The end of the video finds all the haters in a field where Tattoo Money starts putting on a show. To their surprise, both the white guys and African-American guys enjoy themselves.